Winter has set its icy fingers into the region over the last few weeks. We’ve had rain, wind, sleet, snow and some lovely sunny skies with the icy frosts settling in since the shortest day of 2021,21 June.

Thanks to you all for your ongoing efforts to follow COVID-19 Level 2 protocols and we are glad to have the entire country back at Alert Level 1 after the recent rise of levels in the wider Wellington area. I was glad to hear that the next shipment of vaccines arrived in the country two days earlier than forecast. Please keep up with what’s happening and pay heed to any of the Government annoucements on the COVID website. For our latest protocols check out the DOC website and keep scanning!!

Chris Wenden and I flew into the Pararaki hut on Tuesday 23rd February to replace the skylight and install a directional sign there as well as at the Washpool hut.

Bruce Wenden was already at the hut as he had walked in the previous evening.

Chris and I flew over to the Washpool Hut and installed the sign and sprayed the Ongaonga in the immediate vicinity of the hut and the track to the hut.

We also gave the Pararaki toilet a much needed clean and cut a good supply of firewood. 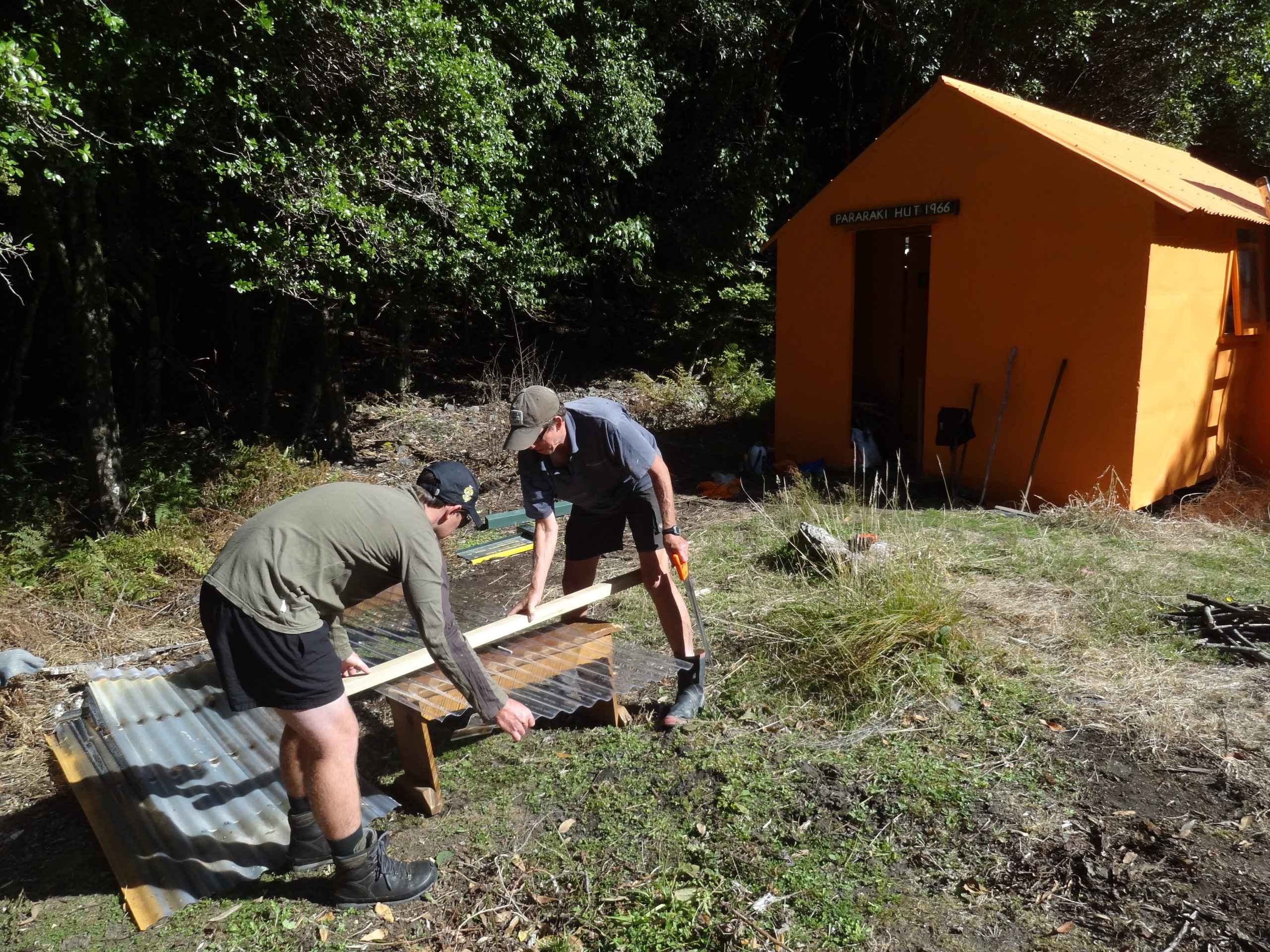 Bruce and Chris cutting the Clear lite to size. 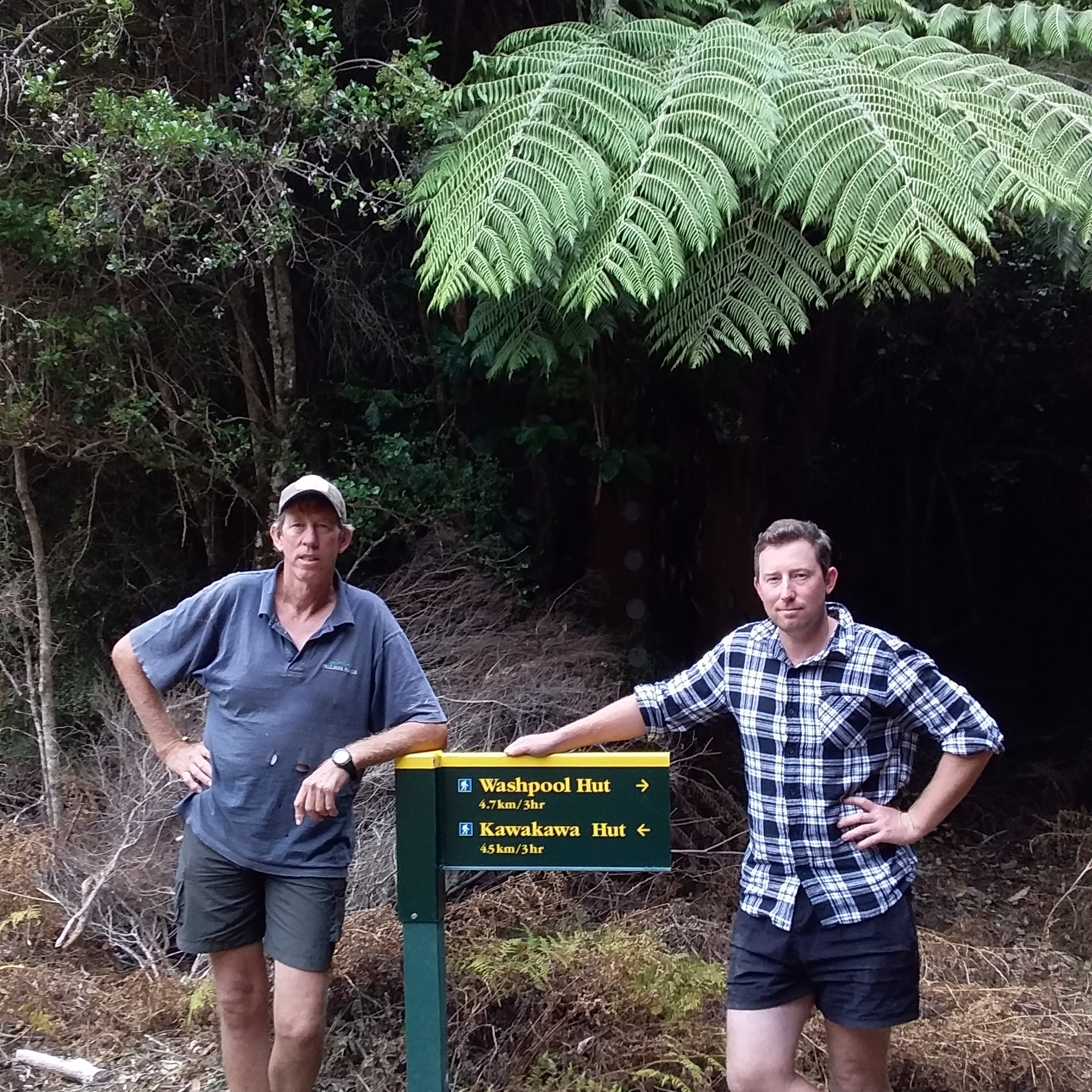 Photos and article by Graeme Blanchard

We had five people booked in to come but, in the end, only two of us made it.

The pest traps on the private road through the pines needed clearing of hedgehogs. They have been quite successful.

The track to the hut has been well-used since our last visit and is open and clear.

The grass around the base of the hut has been cleared and the hut and the roof sprayed again with `wet-n-forget’.

We dragged more firewood to the hut and placed plenty of small stuff in the woodshed.

There does not appear to be any rodents in the hut.

Photo and Article by Noel Bigwood

Rob Bigwood has picked up the project management.

After a couple of weeks preparation, on Sunday 13 June Rob met with his volunteers at the storage site just outside Levin.

Following a briefing the team set about loading their trailers with the track stabilisers David had been storing for us (for over a year). This was done according to a plan drawn up pre-lockdown matching the 190 stabilisers to the needs of sites on the track. Once the trailers were full it was off up to the Poulton’s (formerly Gimlet’s) farm in Gladstone Road where the stabilisers were unloaded, stropped for flight, and labelled. It took 3 trips to move the approximately 190 stabilisers to the landing zone. 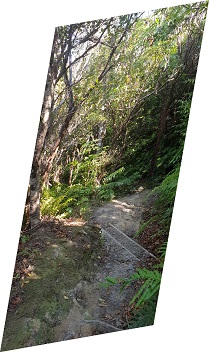 Report and photos by Jean Garman 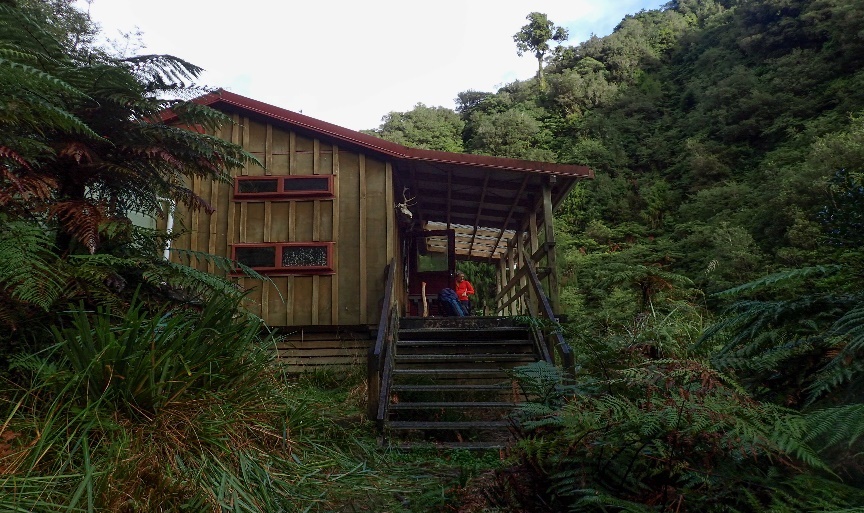 We had been there about 15 months previously and scrubbed some of the mouldy walls with detergent and cleared some of the vegetation back from the hut. There had been a bit of regrowth of mould, but nothing compared to the mould coverage in the areas we did not get to. The vegetation around the hut base had not regrown too badly either.

This time we took bleach to clean the walls and a toothbrush to clean out the interior window frames. We also opened up the vegetation around the hut a bit more to ensure reasonable airflow. 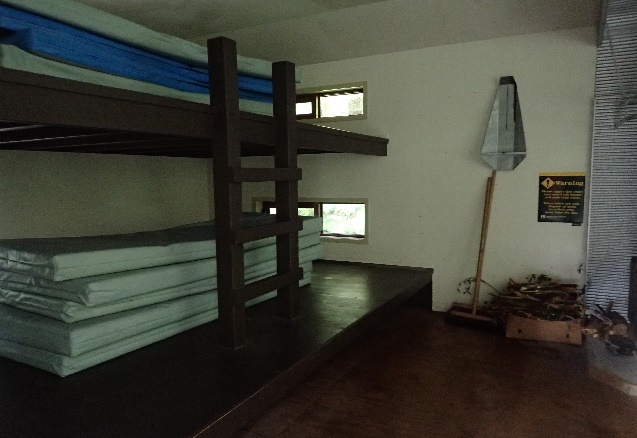 Report and photos by Nigel Boniface 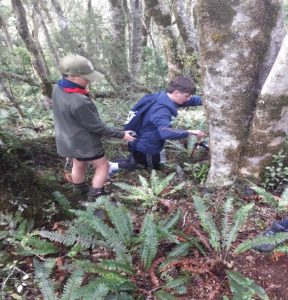 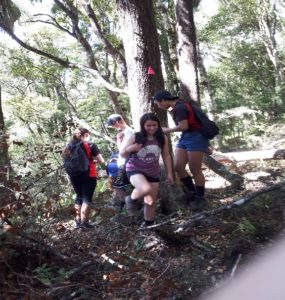 Carterton Scouts on the job Makoura College students at work

Our trapping and monitoring program has continued during 2020 and 2021, with a few COVID related delays.

Word of mouth has introduced a number of new individual and family volunteers, as well as the Carterton Scout Group.

Numbers were down within the trapping area, as well as the two control sites outside the trap lines, where just 5% showed rats. Why, is open to debate. However, a DOC monitor in nearby areas had a similar result.

Lines have been rebaited on a 6-monthly basis with our team of 20+ volunteers. We last re baited in April and we are now having a bit of a break while the recent 1080 operation does its job, before we re-bait the traps in spring. 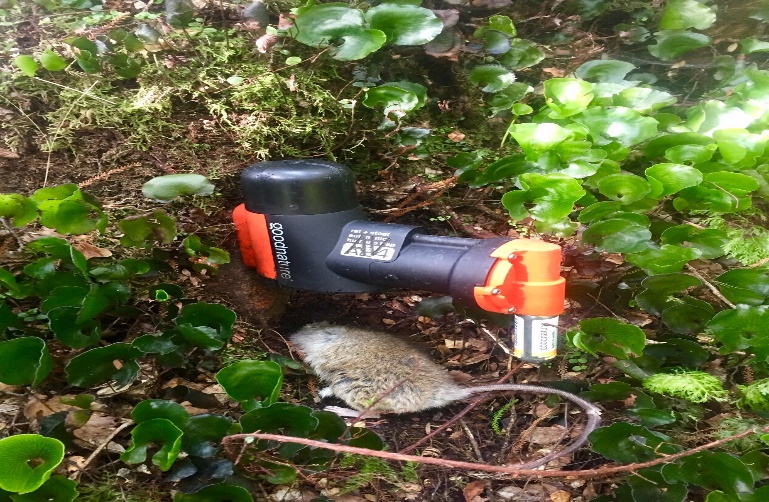 Hoping you are safe, well and enjoying the outdoors but having a warm cosy space to go to at end of the day and remember feedback or articles or anything you would like to see in next newsletter, please send to